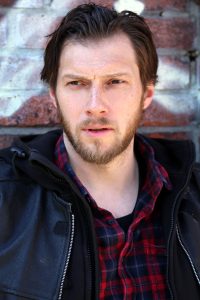 The brand-new streetworker Speed is full of theories and ideals, and hardened by his firm conviction. He is charming and quite attractive – yet his character is still unformed. Women are his „weakness“, ambition is his drug. His ego needs to be boosted, whatever he does needs to be aknowledged. To become aware of his own weakness and to admit mistakes does not appeal to him. But he is a „good guy“. He is honest and trusting, and his ambition, his lack of experience and his naivetÈ let him fall victim easily. His ego – which he finds inexcusable – and his somewhat arrogant behavior make it hard for him to cope with the failures and losses he has to suffer. And so he himself experiences the fate of his „clients“ and falls into the vicious circle of accusations, self-pity, intoxication and mental collapse. He must realize that he can only achieve his ambition to help others by acting selflessly and out of conviction, and that in order to achieve a success he needs to go through and overcome the experience himself, and thus set an example for others. 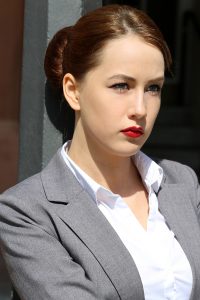 She is also charming, seductive and successful. And she also needs recognition. But unlike Speed she knows no scruples. Power and greed are her guidelines. She pulls the strings, she plays people out against each other, and she tries to gain advantage from everything, financial advantage especially. So on the outside she plays the part of the good person, and also stands for it: she is on the kids’ side, on the side of the law and on Speed’s side. They trust her and believe her.
For Speed she is a perfect mirror, a delusion that sees through him before he can vindicate himself. 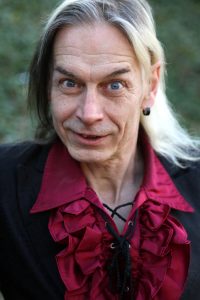 He is the symbol of „sweet“ temptation. He stands for the illusion of an easy life, for dreams, for the escape from reality the children don’t want to cope with.
Accepting one’s own fate, fighting against the temptation of easiness – that is the task of the young people. He also stands for the constant return of this task. Not even in death does he go away. He comes back and takes those who haven’t turned away from him in order to face their own responsibility. He is a sort of Pied Piper of Hameln. 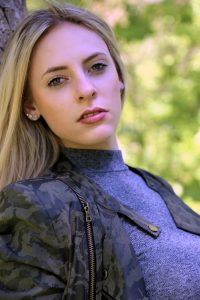 Sue is the perfect, pretty, kind, likeable girl who doesn’t have a chance or the strength to survive, since she has nothing of the other side, the darkness, in her. She is like an angel, lively, vivacious and yet at the same time feeble, almost transparent. She is on the run, in need of help and of love, she is a love of fleeting duration. She shows her own strength by loving and then vanishing. 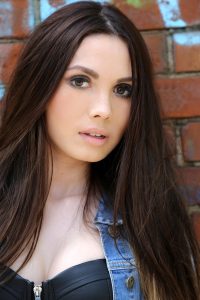 Ronda is cheeky and daring. Sometimes clumsy, but always quick-witted. She is realistic, and has a big mouth, but a really likeable one. She experiences things in life that however do not change her nature. She gets smarter but not wiser. She survives because she has learned to get along. 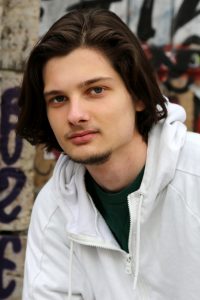 Danny is rather awkward, defiant. Full of ideas, but somewhat in a huff because of life, and quick to take offense. He needs a long preparation time before he can stop himself and do something real and selfless. His ambition is to become an individual, to accept responsibility and thus live up his sensitivity and not only express it with music. 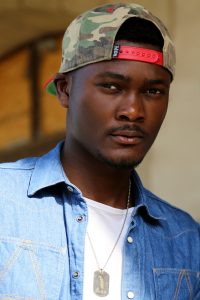 He’s the friend who is always there when it’s fun, but only until it starts getting serious. Then he only sticks around if there’s a strong hand to guide him. He’s not actually a sidekick, but also not someone who has to go through a process of development. He supports anyone who needs his help. An honest sort, without real ambitions. 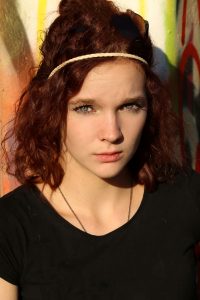 Ally is a crazy girl. Someone would call her a freak. But for sure her only aim is to be part of the gang. The problem is that noone really likes her. Searching for a way to be accepted by the others she tries to copy their behavior and style. She pretended to be strong but inside she´s weak. So Ally is the one who is easy to catch for any idea. No matter if it´s right or wrong … 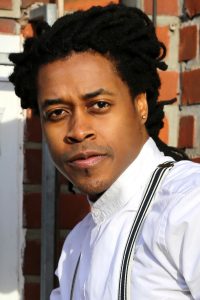 Frank is the diplomat who has the overview, doesn’t like to interfere, and plays daddy. He has his own way of taking care of the kids and regards them from the outside. He sees this as his personal responsibility. He’s there when needed, even if no-one expects him. He is indispensable because he doesn’t act important. He means a lot to everyone because he never says much but gets things done when necessary.